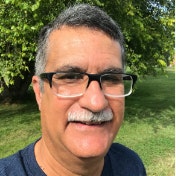 I started at WJIE in 1990, working part-time overnight. Since then, I have worked during every day part on the air until finally settling in on the morning show several years ago. I am married to Robin and we have three married children, and 7 beautiful grandchildren. Growing up in Massachusetts, I am a HUGE Boston Red Sox fan and follow the Celtics and Patriots. I love what 2 Corinthians 12:9-10 says about making strength out of weakness! 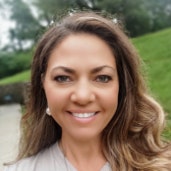 I have been on the morning show with Jim since August 2019. I absolutely LOVE the blessing of radio ministry and the opportunity to encourage our listeners daily. I am married to my wonderful husband Bob, and we have two boys, Luke and Zach. I also have two stepdaughters, Kristin and Katie. I love drinking coffee, exercising, going to the beach, watching sports and spending as much time as possible with my family. I am so thankful for the promises of God in His word, but especially Romans 8:28, “And we know that in all things God works for the good of those who love him, who have been called according to his purpose.” 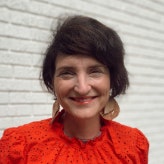 Hi! I’m Ceci. I'm pastor’s wife to Dave, Mom to three girls and a boy, and a twenty-plus year radio broadcaster on the side. I love home design and when I'm not in the studio you can find me constantly rearranging, painting, or re-upholstering something - especially second-hand finds. I’m always on the hunt for a good Mom Tip, like how to kill fruit fly’s with vinegar and dish soap, and I’m clinging for dear life to this verse from 1 Peter 1:6-7, "So be truly glad. There is wonderful joy ahead, even though you must endure many trials for a little while. These trials will show that your faith is genuine. It is being tested as fire tests and purifies gold—though your faith is far more precious than mere gold. So when your faith remains strong through many trials, it will bring you much praise and glory and honor on the day when Jesus Christ is revealed to the whole world." 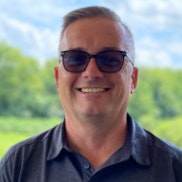 Radio and TV have been in my DNA since I was a teenager, and I hope the fire that I have for it never dwindles. Since 1989 I have been a part of the WJIE family. During the early years I was on the air from 5 to 8 p.m. I had to take a bit of a break due to other commitments, however, I returned to WJIE in 2000. Working weekends, I produced a show called 412 Radio during which my son and one of his friends started highlighting the Christian Rock/HIP Hop artist. A few years ago, I was blessed to begin working as the afternoon drive on-air personality, which was BIG shoes to fill. I am married to my BFF, Stephanie. Our son, Ryan, is married to Jessica, and they have two sons, Lincoln and Lexington. 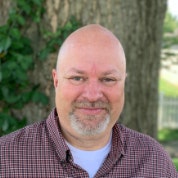 Broadcasting since 1984, Chuck has been behind a microphone for everything from sports to soft rock, pop to praise, classical to christian, and has shared shows in every time slot available throughout his career. This hometown husband and father of two is WJIE’s weekend host and occasional fill-in for mornings, middays, or afternoons. His baritone encouragement and story-sharing comes from a heart given to Christ as a teenager and grown through holding positions as a church minister and Christian school administrator. The imagery and assurance of Psalm 37:23-26 makes this one of Chuck’s favorite passages of scripture. 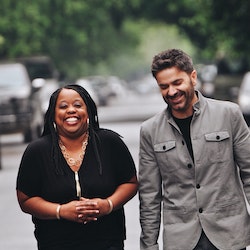 Brant is a toast-obsessed nerd who, when in high school, was no less than PRESIDENT of the Illinois Student Librarians Association. He was also All-Conference in “Scholastic Bowl”, and lettered in basketball and football (both for keeping statistics) and was President of his own Stamp Collection Club, which consisted of himself. Brant spends his free time looking inappropriately intense. He can’t help it. He’s also a husband and dad, and he’s won multiple awards for his radio hosting skills and is typing all of this himself, and putting it in third person in hopes that is seems more impressive that way, almost like he’s so important that other people type his “about page”. But he’s not. Brant is a Christian with a distaste for religion. He’s under the impression that there was no religion in Eden, and there won’t be any in heaven, either thank God. Politically, he’s pro-life, pro-science, and is allergic to political elitism, which means he’s waaaay out of step with the reigning American monoculture.